A nullo play in blackgammon is a play that can never be profitable.  The obvious thing to do is to avoid nullo plays, but what if you are making nullo plays without ever realizing it?

Playing the bridgez tournament, I got a pretty good board for bidding and making 4D when the field was going down in 3NT.  This was the bidding on the hand:

You can click "Next" to see the play as it develops.

The field had bid 3D on the first turn, and since that would be forcing, they saw partner bid a hopeless 3NT.  Passing and then bidding 3D was right on values, and allowed the robot to compete to 4D.

It was the nullo manner that I played the clubs.  Having stripped the hand, and lacking the 9 of clubs, the club finesse was a poor choice because it would win only if West had a doubleton club headed by an honor. Yet, with the preempt, it is East who is more likely to have the doubleton in clubs.  Small club to the Ace and low club from hand.  Now, I should get a ruff and discard to make 5.  This is how the play should have gone.

What's a point between robots?

Playing the bridgez tournament rather distractedly, I picked up:


How many high-card points do I have?

This was the hand: 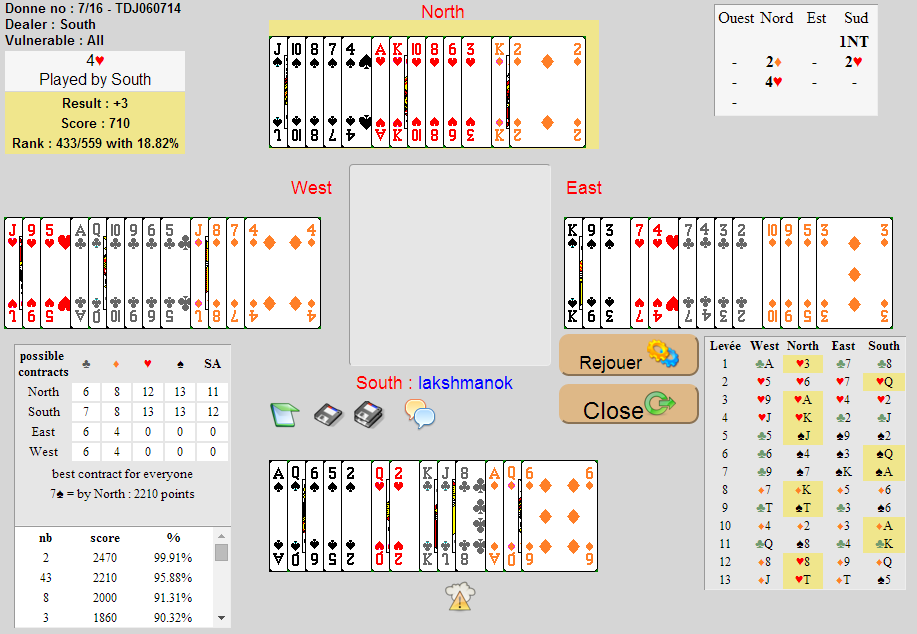 4H making 7 was not a good  board.  And all because I undercounted one measly Jack!  And it is not as if I needed that Jack to make 7 ...